Bigger Than Barry returns to Digbeth

Doesn’t time fly when you’re having fun? It seems like only yesterday we were walking through a pile of rubble trying desperately to imagine a soul club in it’s place!

Two years on we have had some fantastic events, won Best New Venue last year, have held sell out theme parties such as Prince night, Bowie night and our infamous Stranger Things Halloween party. We’ve launched new club brands such as Age of Consent alternative 80s night and Paid in Full classic Hip Hop night, had reggae BBQ’s with Pour on the Sauce, had tons of incredible live bands play, had special guest DJ’s such as Nick Power from The Coral and Paul Smith from Maximo Park and we’ve even taken our trademark soul vibes to other venues such as Birmingham Town Hall, The Old Crown, One Trick Pony and much more. We could go on, and on, and on…. we’ve really been having a right old good time!

So we’d love YOU, our supporters to come along and celebrate our 2nd birthday party with us, we’ve kept door prices cheap but still with a fabulous programme of events! 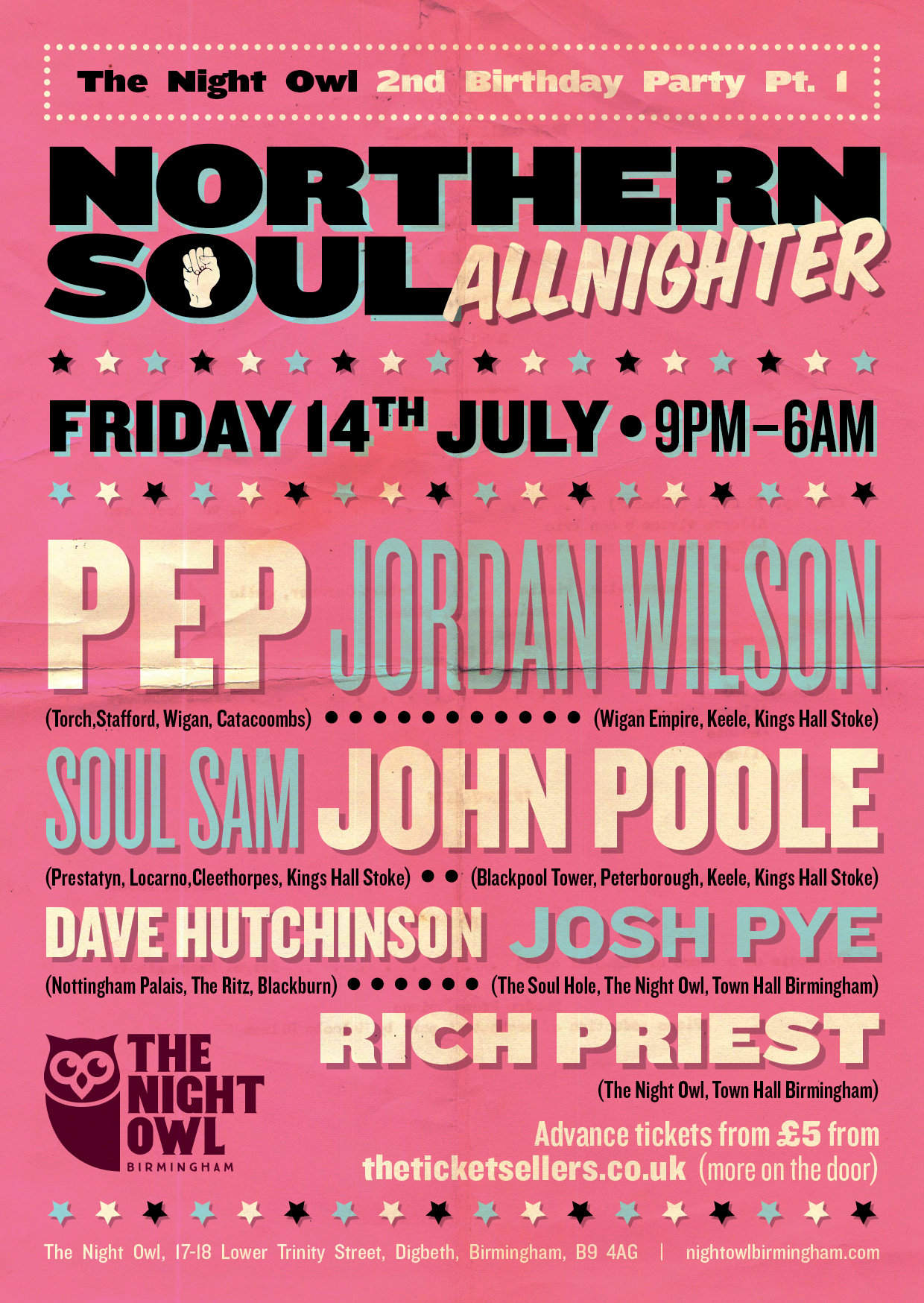 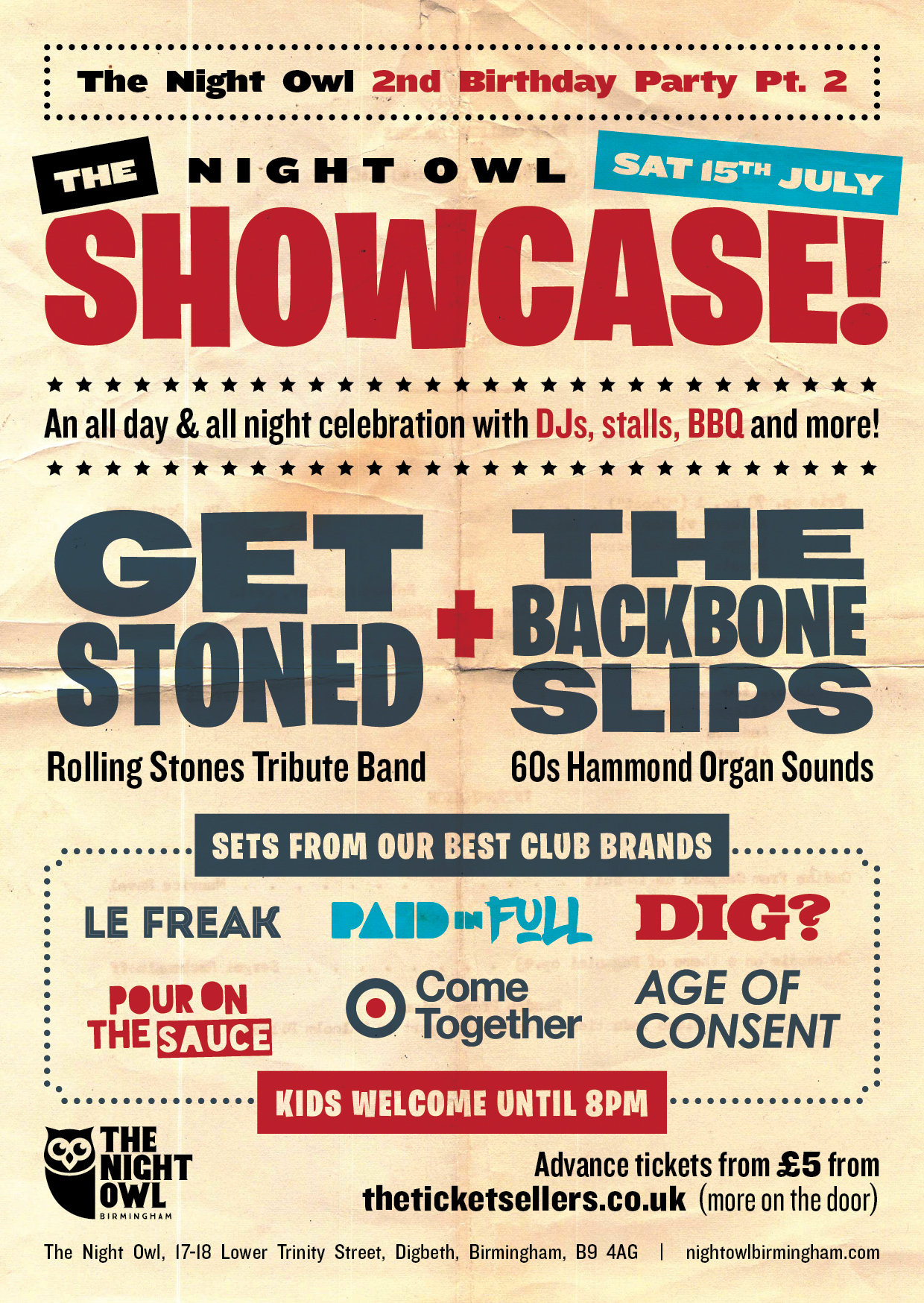 We showcase all of our brands including live music from Rolling Stones tribute Get Stoned who brought the house down ealier this year AND the phenomenal The Backbone Slips bringing their 60s r n b party & Hammond grooves!

This event is not about big names but just about good music and showing you the talent we already have in-house, will the exception of inviting one of our pals, Jo Prinsen of Steppin’ Up (as she DJ’d the launch we thought it’d be nice to have her back again).

2pm til 6am
Timings will be released prior to the event

Plus Jerk BBQ, stalls & more in the afternoon, kids welcome until 8pm 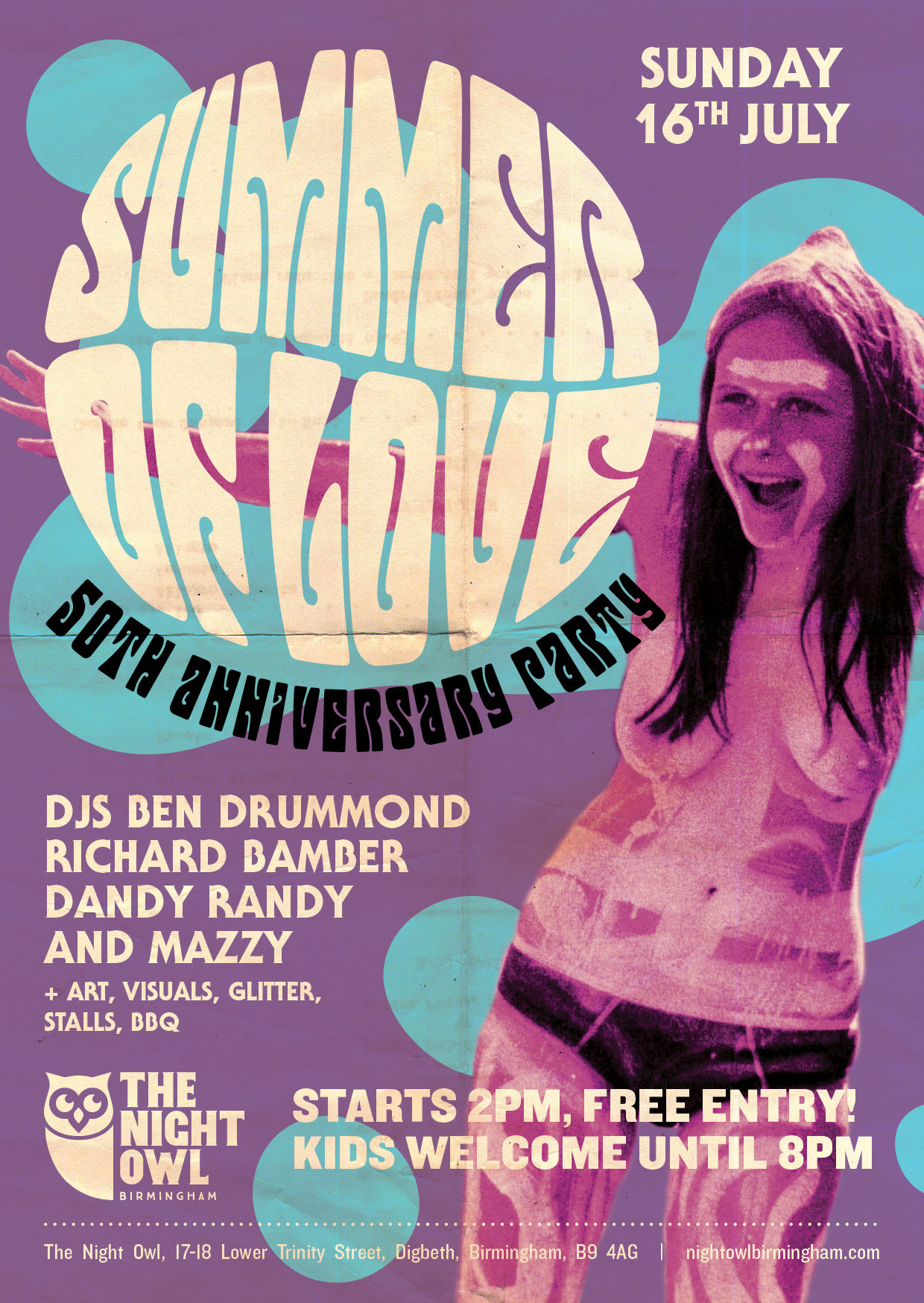 The Summer of Love was a social phenomenon that occurred during the summer of 1967, when as many as 100,000 people, mostly young people sporting hippie fashions of dress and behavior, converged in San Francisco’s neighborhood Haight-Ashbury.

I hope you’ll agree that’s one hell of a weekend! Hope to see you somewhere along the way & thanks again for supporting us so far!

Keep On Keeping On!